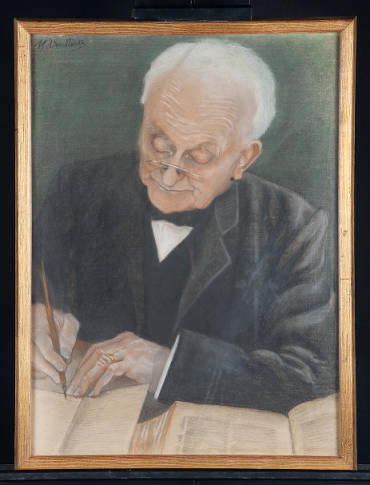 When Willem Hovy started working at De Gekroonde Valk in 1858, brewing beer was a traditional activity. The production process was tied to natural conditions, which caused a lot of uncertainty. A single thunderstorm could completely spoil the ‘batter’. The quality of beer often fell short. It was cloudy, variable in taste and short shelf life. Willem Hovy started experimenting with innovation in business operations. He bought steam engines. This made the heating of the brew kettles more accurate and efficient. The brewing was done on a scientific basis, with thermometers and saccharometers that allowed the precise determination of the alcohol percentage. When Willem Cornelis van Vollenhoven died in 1874 stierf, Willem Hovy became the director of the brewery.